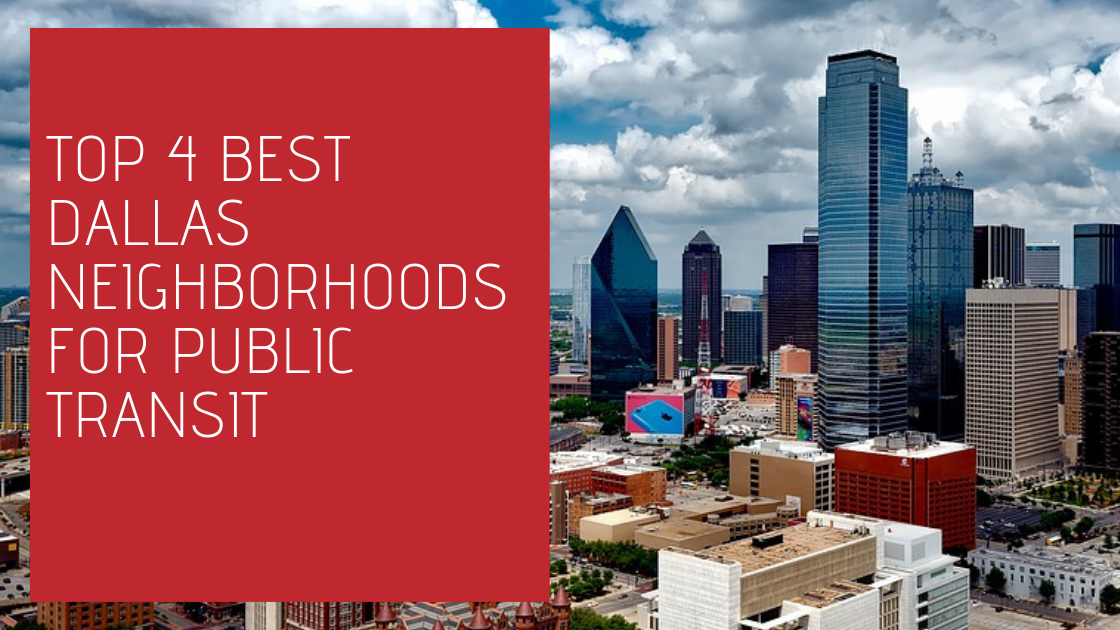 If there’s one hallmark of Dallas, it’s the city’s notorious traffic. And while there is certainly no shortage of vehicles in and around the city, there’s also plenty of public transportation available. Of course, some areas are better equipped for public transit than others. If you’re looking to ditch the gas-guzzler but don’t feel like hoofing it everywhere, you might want to consider relocating to one of the following four neighborhoods.

Given its big-city status, it’s no surprise that Downtown Dallas offers plenty of public transit options. The DART transit system, for instance, connects with 12 surrounding cities and offers a fast, comfortable and affordable way to travel to, from and within the Downtown area. In fact, there are six DART stations located in Downtown Dallas alone. The M-Line Trolley and Dallas Street Car services are also available, both of which operate free of charge. Then there’s GoLink, a relatively new on-demand shuttle system that maneuvers all over the neighborhood. Tickets cost just $1.

The neighborhood of Uptown Dallas may be known for its walkability, but there are also plenty of options for hitching a ride in and around town. Thanks to its ideal location, Uptown residents enjoy access to several DART stations, including Cityplace/Uptown. The M-Line trolley – which starts in West Village and runs through the heart of Uptown along McKinney Avenue and into downtown – can bring you to and from just about anywhere you need to go. There are also several bus routes serving the Uptown area.

Located just a few blocks east of Downtown, Deep Ellum is easily considered one of the hottest urban neighborhoods in the Dallas area. Similar to Uptown, Deep Ellum offers a variety of choices for those who either need or prefer public transit. For instance, there are two DART stations that border the area, both of which are easy to reach on foot. Likewise, there are regular bus routes, including express options, which offer direct service to downtown and a variety of other local destinations.

Unlike some of the other neighborhoods, North Dallas doesn’t have as much in the way of bus routes. It is, however, home to several DART rail stations, making it fast and easy for residents to travel to and from downtown or access other nearby neighborhoods, like Plano and Richardson. This is where GoLink, the city’s newest on-call public transit option, comes into play. For just $1, residents can hail a shuttle to bring them from wherever they are to wherever they’d like to be (within the on-call zone).

In fact, because GoLink now covers 12 service areas (and growing), this option is available to residents across many different areas of Dallas. And, of course, regardless of which Dallas neighborhood you choose to reside in, there’s always the option of using Uber or Lyft. If you’re in the market for a new Dallas apartment in the above areas or beyond, get in touch. We’ve got some amazing properties available.

Ready To Connect With An Agent?